I've found that using emoji in Home Assistant isn't as straight forward as just typing it into your YAML configuration files.

Doing that might result in a broken configuration or if using Lovelace, it not loading. Personally, I think this really sucks, since I use emoji for everything. They are still meant to be symbols which make visual diffing or identification a lot easier. The two notifications in the screenshot below mean a totally different thing but when you're getting a lot of notifications each day, they could easily be read the same because of their text markup & format: 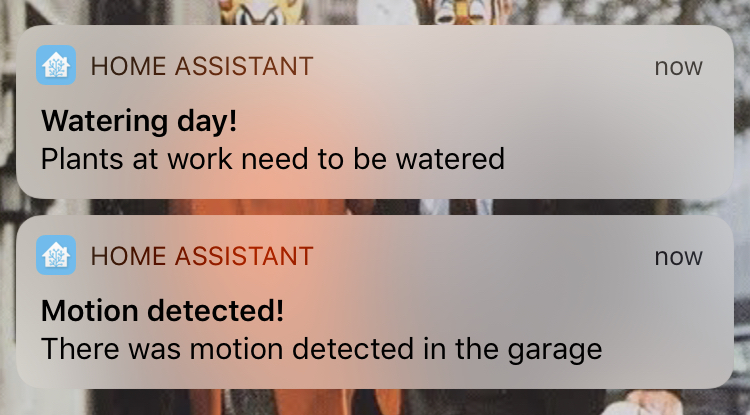 Both of course since emoji are just a composition of UTF codes using them should be possible in some way. Lets take 💁🏼‍♀️ which is easily one of my favorites. I would have thought that using its hex code point (U+1F481) would have worked but it didn't. UTF8? Nope. UTF16 (something I have never used before) proved to be the answer.

For our sassy woman emoji this would be D83D DC81. To use them in Home Assistant they need to be formatted as follows: \ud83d\udc81. Note that using this in notifications, platforms and components should work but I didn't manage to get it running in Lovelace UI, even when correctly formatted like this. Now you tell me this doesn't look pretty and easy: 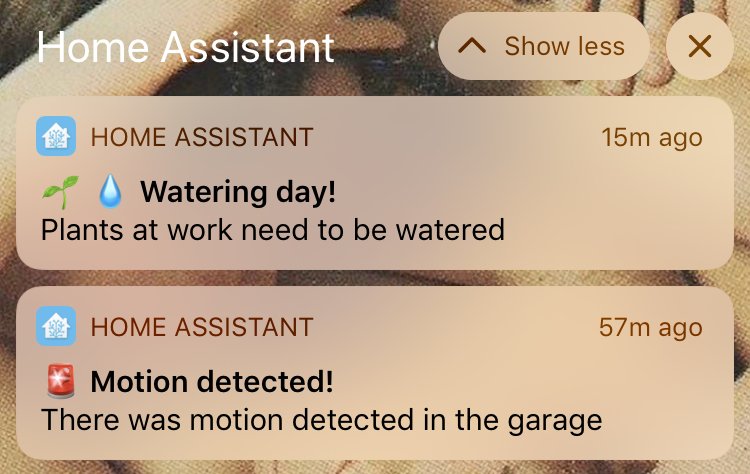 Of course with my limited knowledge of the unicode & UTF spec I didn't find those hex codes myself. I tried dabbling around with something in the shellm you can use it to get the hex representation of your emoji:

Ok, so this works but I've found scripting it to make a bash function out of it was hard and not worth the effort. Instead you can use this excellent UTF-8 tool website to get every single encoding for your emoji.